This past weekend, we wrapped up the 7th and final week of PATTA season at West Chester East High School! At this session, the teams that are in first and second face off for first place, and the teams in third and fourth place face off as well, all in an effort to have fun, improve their tennis, and win some cool awards (and have some snacks and refreshments) as well.

As I said at each awards ceremony, the kids really seemed to be enjoying themselves and learning the game, and they seemed very invested in how their team was performing, total point counts, game counts, and even a little bit of opponent scouting! It was nice to see everyone having so much fun and being so fully invested in such a positive environment.

I’ll keep the match recaps short in this post, but I wanted to give a rundown of the award winning teams and include some pictures as well.

Red and Blue faced off in the battle for first and second place, and Yellow and Lime faced off for third. In the end, it was a very close season, with Red earning first place honors with 47 total games, Blue in second with 36 total games, Yellow finishing third with 35 total games, and Lime finishing out with a 34.

This 11-14 division really started to grasp the concepts of rallying, doubles positioning, and solid teamwork, and each week, the matches became more and more entertaining! 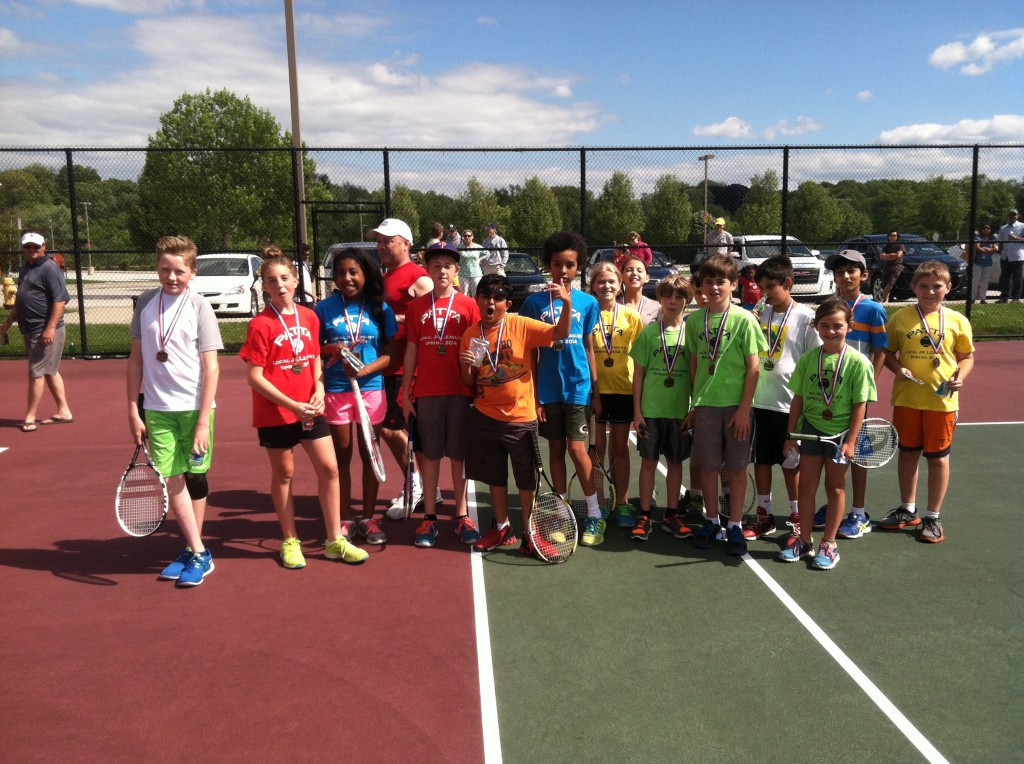 This was a fun division. There were a handful of players who loved the fun games on the practice court, and handful of others who just wanted to keep competing, playing matches, and earning points for their teams. There was great passion, teamwork, and sportsmanship throughout this session, as there was for all sessions in the division.

Team Spirit Award – This award was given to the team that enjoyed playing together, consistently wore their team uniforms, and acted and behaved like a fun-loving, unified team out there. This was given to the Red Cheetahs!

Most Passionate Team Award – This was given to the team that was fully invested in each point. They occasionally wore their hearts on their sleeve out there, and it tennis, that really can be a good thing (just look at John McEnroe!). As we distributed this award, we had all of the players do a little fist pump and “COME ONNNNN!!” just like the intense professional players do. The winner of this was the Blue Whales!

Champions – Given to the team who finishes in first place with the most overall sets won. In this division it was the quick, athletic, and consistent Yellow Lions who came away with the victory!

This was our biggest division. Here, we utilized the 60 foot courts and orange balls, and it made for some very fun, consistent matches! I saw a lot of great hustling and point construction as the season went on, and it was a lot of fun to coach this big division.

In this division, Yellow finished in first, but there were other great awards won as well! The descriptions are listed above, so here I just listed the winners of each award

Great season! Here are some pictures to commemorate it: 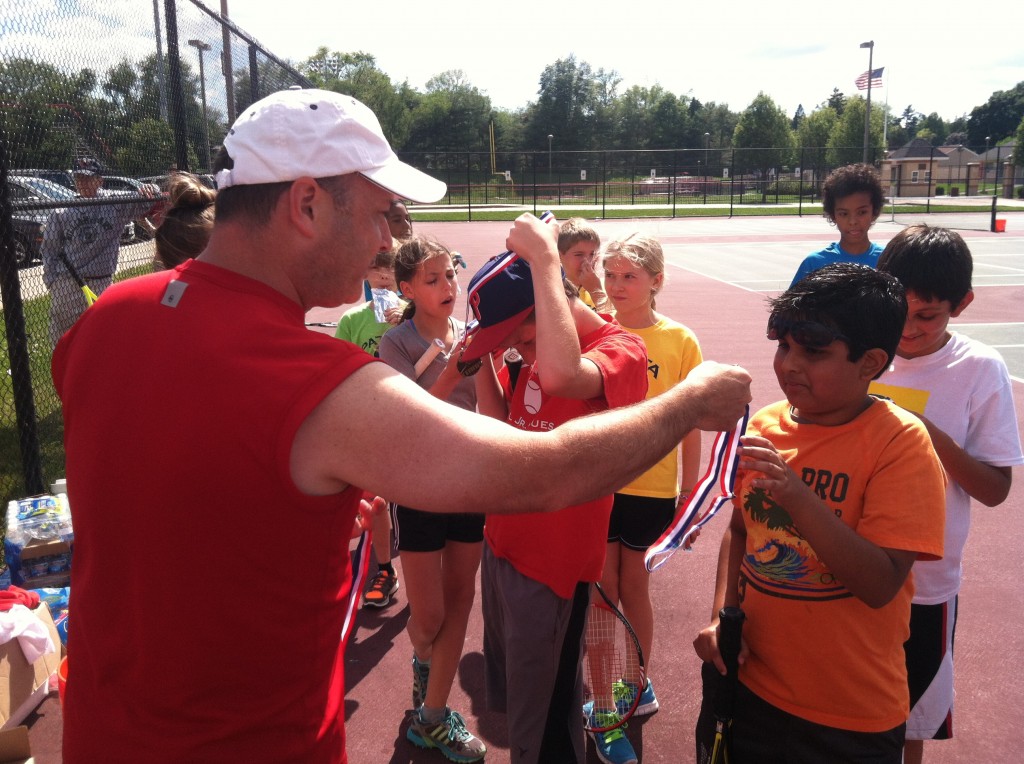 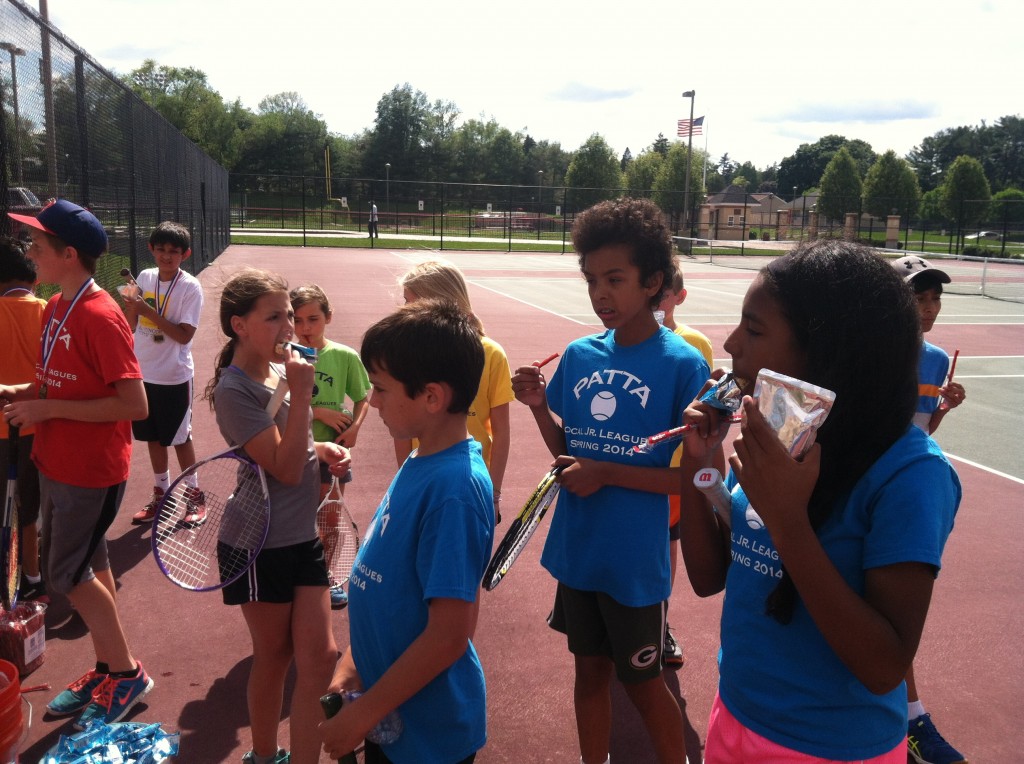 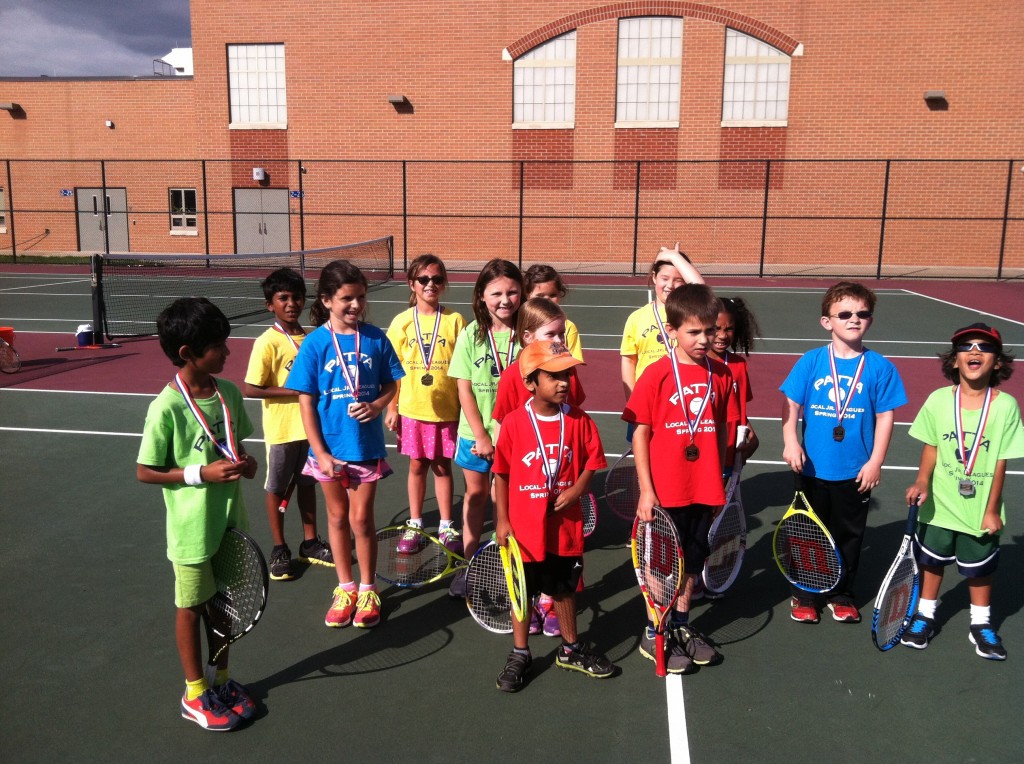 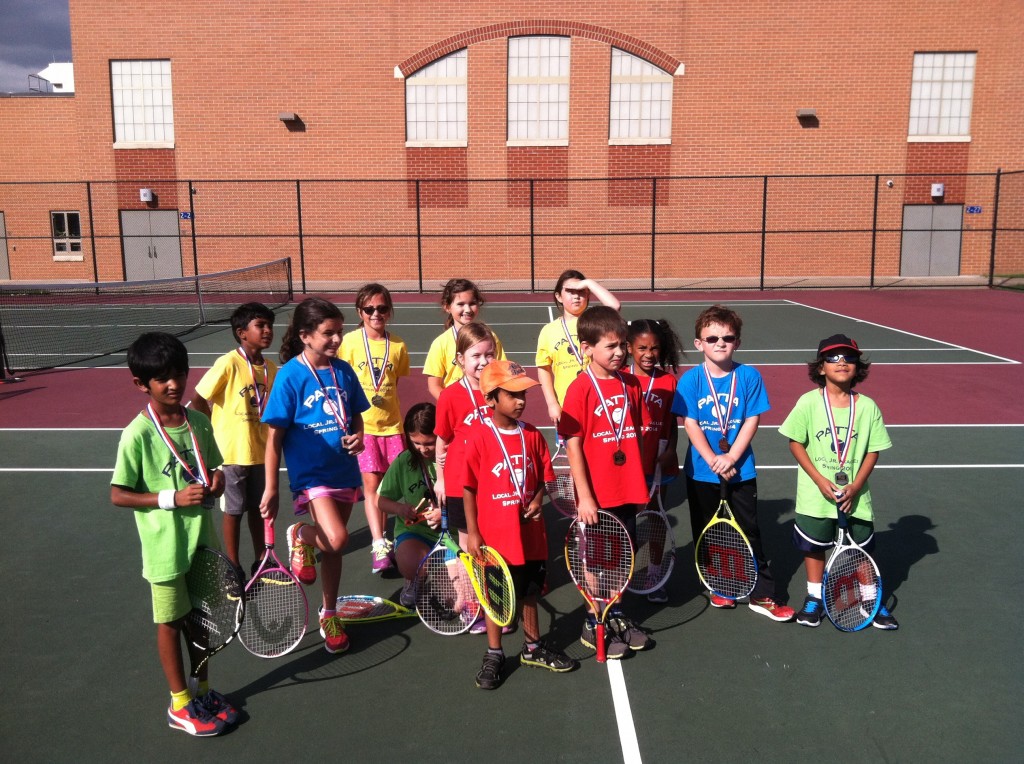 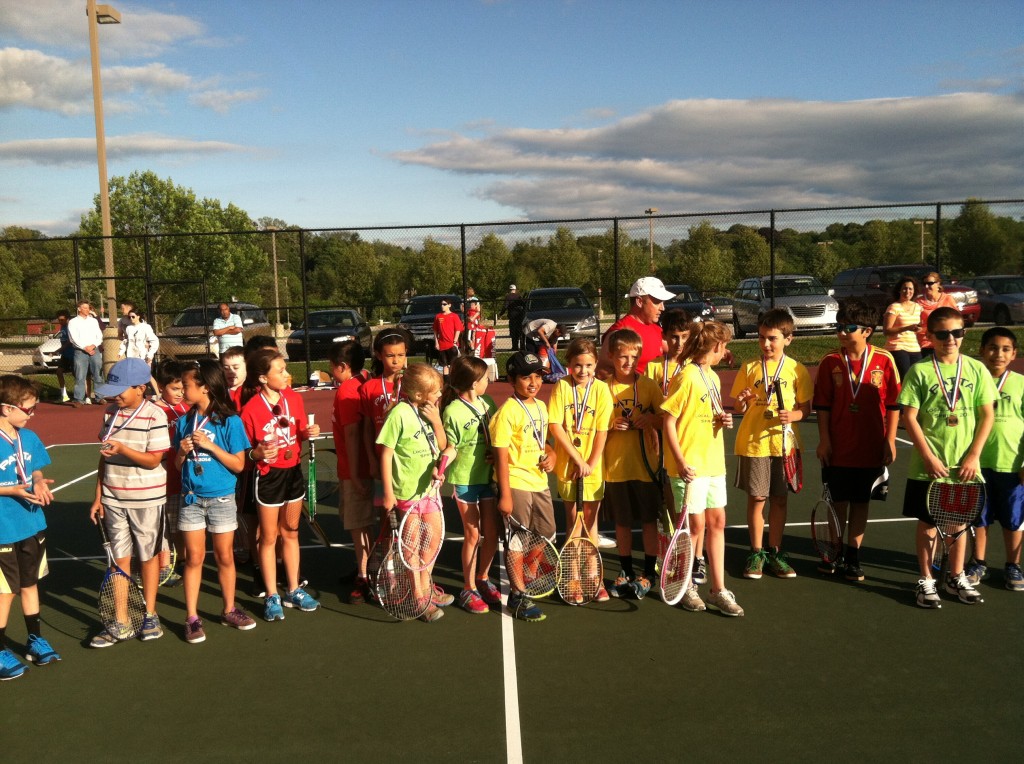 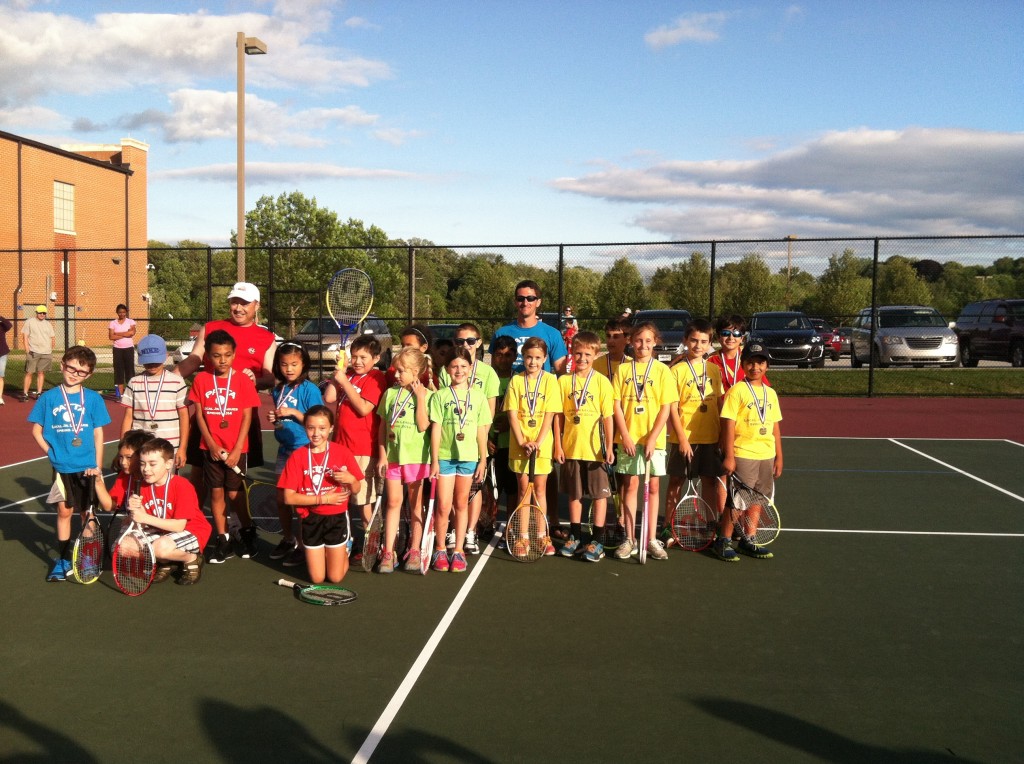 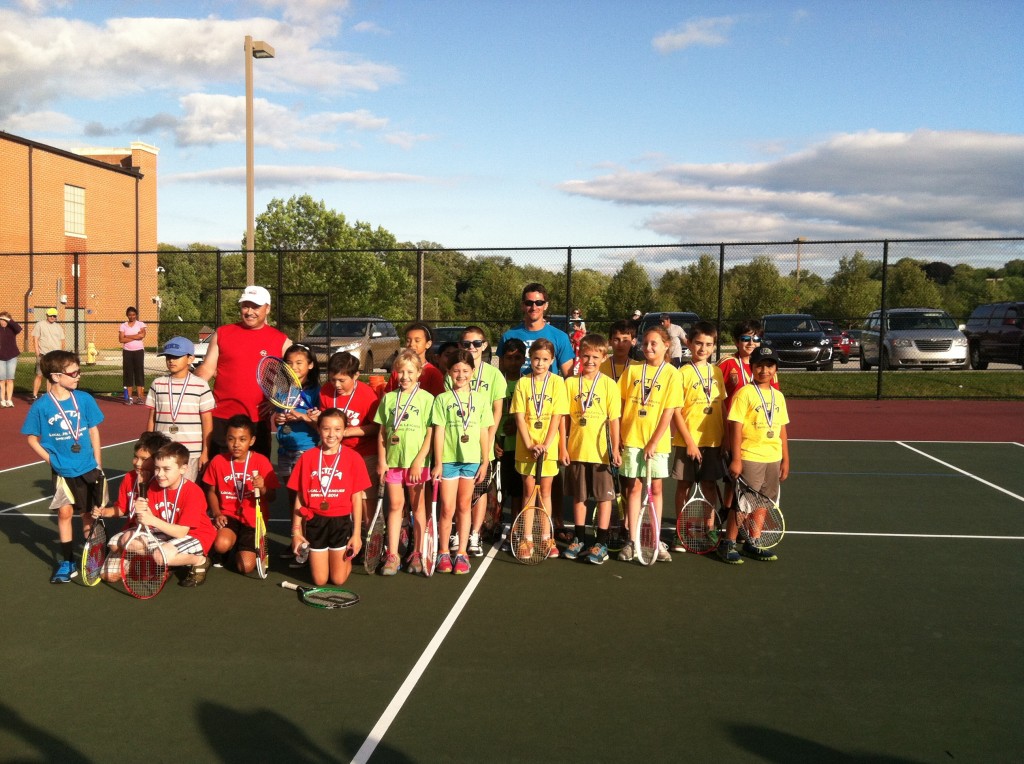